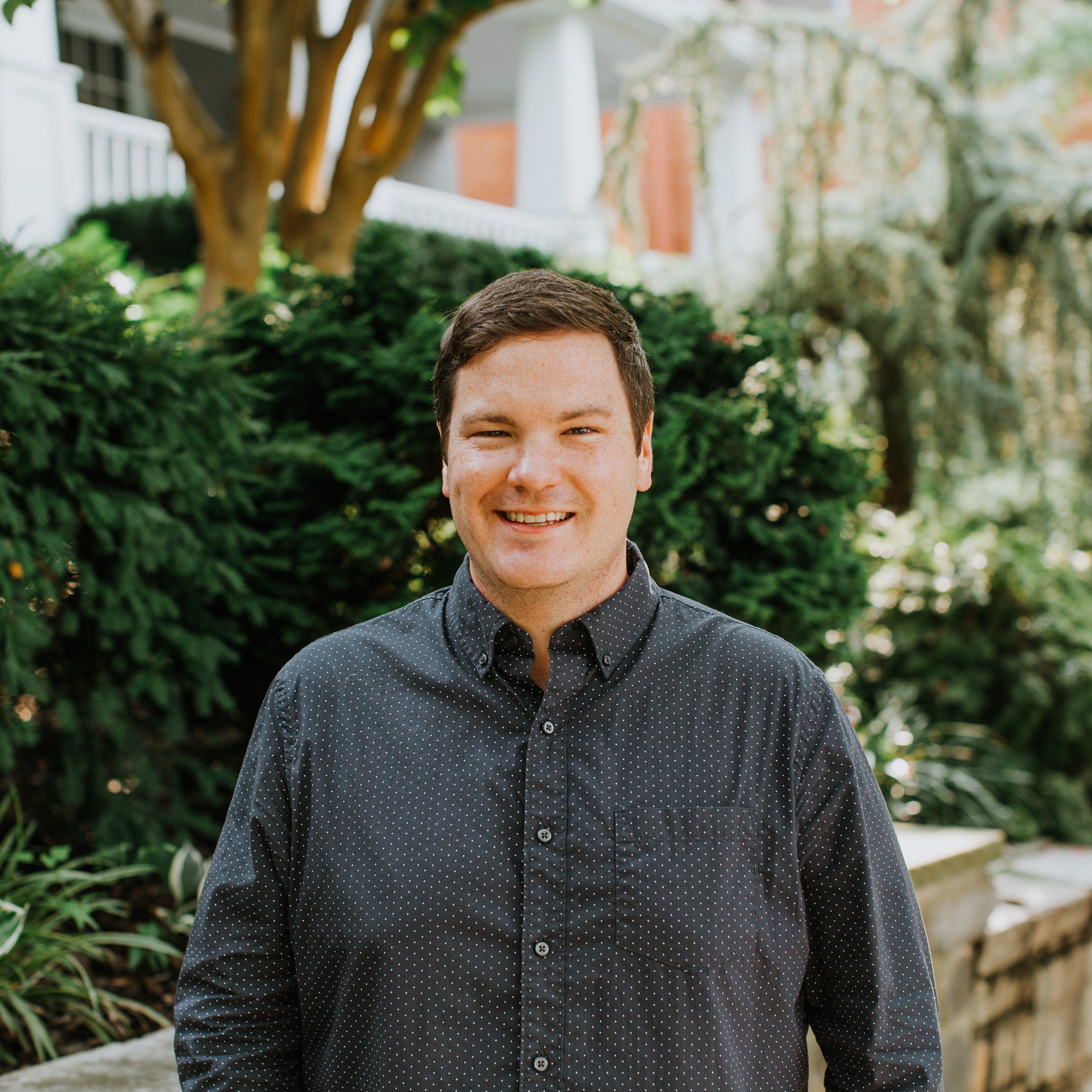 It was just a simple note — four words on an index card that I scribbled in Sharpie and tacked to the wall of our agency studio:

“Clever,” one guy said of my pun, and euphoria hit me as a result of the compliment. I imagined he might continue peeling away the layers of meaning:

“You’re expressing dissatisfaction with a set of circumstances,” he might say, as if this piece of card stock were being curated at the Met. “But you’re also making a statement about perceived value, no? I assume you mean to say copywriters do more than churn out ‘content’ all day?”

“Nailed it!” (That’s what I would have said if the conversation actually took place.)

Instead, the note sat silent on the studio wall — a subtle rebuke of all the jargon I was hearing during the rise of content strategy.

This was 2015, and some of my co-workers had already started using the words ‘content’ and ‘copy’ interchangeably. Needless to say, that was a bit menacing for us copy folks. For one thing, the comparison didn’t feel right. Social media boomed with millions of new voices, and a lot of them were creating good content. But, surely, firing off a hot take on Twitter was different than writing copy? The work I sweated and labored over was thoughtfully crafted to inspire action, to bring creative ideas to life through carefully considered words.

Content could be anything — a cat on Instagram. Which meant anyone could create content. Not just “amateurs,” either. In grad school, I watched in horror as an algorithm used baseball box scores to generate a game recap story. Last year, I found out that more of my friends use the Hemingway app to edit grammar and make content suggestions than I ever wanted to know was possible. (“Friends, indeed.”)

In 2015, all of these trends seemed to be ganging up on us. Would the future copywriter be a literary drone? Called upon only to fill-in H1 and H2 boxes with optimized headlines and keywords?

Here it is, five years later, and — of course — this isn’t the case.

But here it is, five years later, and it definitely is true that the line between copy and content continues to blur. Authentic storytelling inspires people to act — dolling out likes and pumping up follower counts – just as much as carefully crafted copy points. Studies even show that people prefer the user-generated stuff to more classic ‘marketing’ speak.

Instead of fretting about this, copywriters need to remember and repeat the one, big, overlooked fact: Content isn’t “King.” At least not any more than copy, or design, or even user experience (UX) is king.

The real boss is the idea.

And all of us ‘creators’ work to support that idea however we can — ensuring the message resonates with as many people as possible.

This applies equally to writers, designers, UX strategists, and others in the marketing communications space. But since copywriting is my thing, I’ll stick to that for now.

As a higher ed copywriter, your job is to do whatever it takes to help people understand your college and its culture. Sometimes that means coming up with long-form marketing manifestos or killer headlines that invite people to visit or apply or give to your institution.

And sometimes, that means getting out of the way.

A good copywriter knows when the idea — and the art of persuasion — is best served by letting others do the talking. Instead, we listen. We curate. We select from our communities the words and phrases and ideas that best capture who we are, and we help it win the attention it deserves. Maybe a student’s Instagram story tells the story much better than we could. Maybe the president should do the talking. (And maybe they shouldn’t.) Or maybe launching a low-tech podcast would make the biggest splash.

Our job is to make the best case for our college and its culture that we can make, regardless of where it comes from. It won’t kill your copywriter soul to let others have a say.

You can win a lot of hearts by just being content.

Jason Shough is our Director of Content & Copy. A graduate of the Medill School of Journalism at Northwestern University where he received his M.S. in Journalism, Media, and Integrated Marketing Communications, Jason believes in choosing his words carefully and labors to understand the human factors that guide how people think and feel. At SimpsonScarborough he's best known for telling people, "I love you," at the end of Zoom calls. Jason lives in Columbus, Ohio with his wife, two daughters, and dog. Learn more about Jason and the rest of our team here.

Why Community Colleges are the Hidden Gems of Higher Education

Honestly, you never know how good you've got it until you're talking with your friends one night and realizing how one big decision can really shape...

I, Copywriter: Is AI Copywriting a Replacement or a Tool?

Imagine you are a writer, by trade and by passion. You’ve spent years in the word processor trenches, honing your skill and maybe occasionally crying... 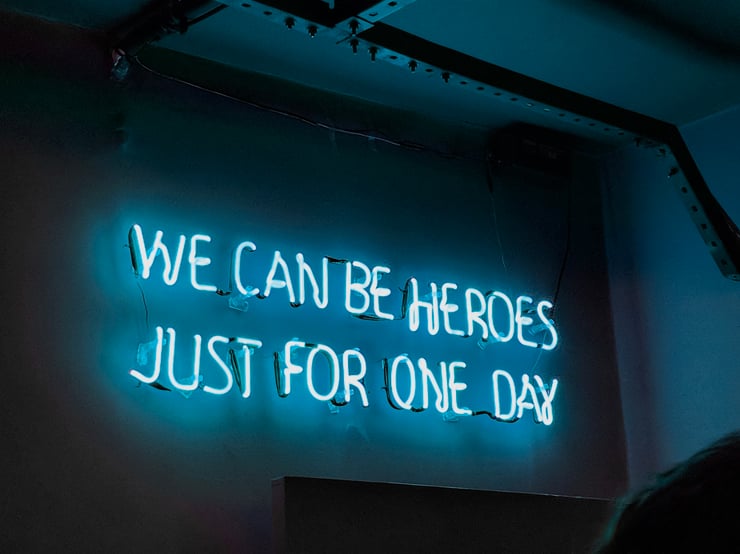 Here's to the heroes.

Though common long long before COVID-19 began, here's to the heroes has become the rallying cry as brands search for the right tone in which to... 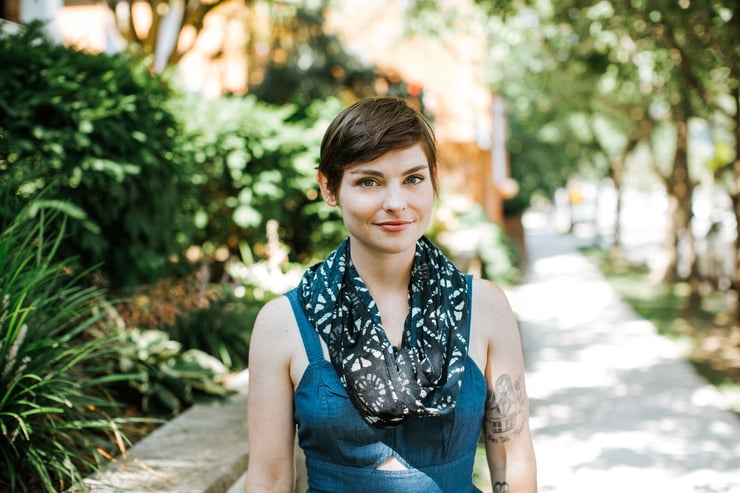