Insights — What Can Higher Ed Marketers Learn from Wordle? 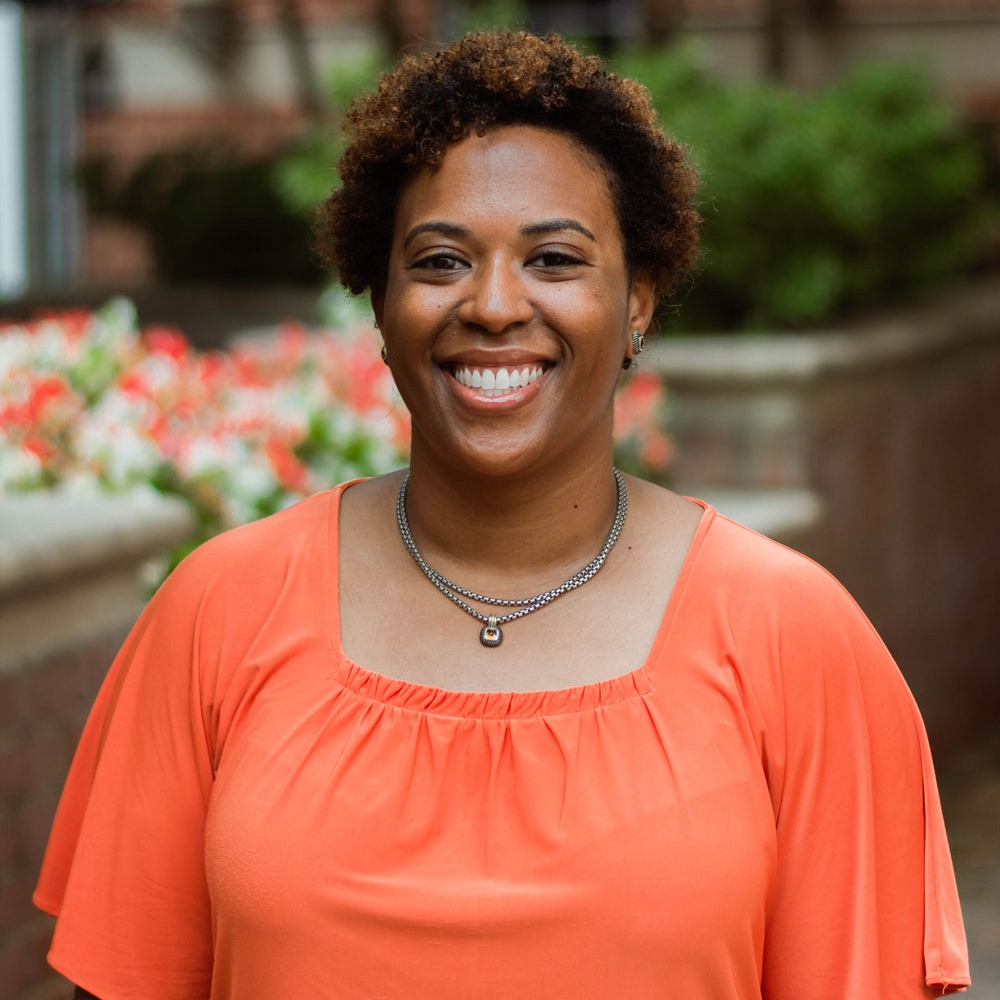 I learned about Wordle a few weeks ago. And ever since, it’s been added to my daily checklist. Clearly, I’m not alone. A recent NPR article stated more than 2.7 million people play Wordle daily as of January 2022. To find something on my phone that I’m excited about after the exhaustion of staring at screens all day? Now, that’s an achievement.

→ The Higher Ed CMO Study is here. Download it now.

For those who may still be unaware, Wordle is an online word game. A new board becomes available daily. You have 6 chances to guess a 5-letter word correctly. With every guess, the game tells you if any letters you picked are correct and whether their placement is correct. That’s it. It’s a simple premise, yet it’s become extremely popular.

And it doesn’t seem like the enthusiasm for Wordle is slowing down anytime soon. The New York Times recently bought Wordle, and fans have even created spinoffs. For all the Taylor Swift fans, there is now Taylordle, created by Holy Swift podcast.

What hooked me? In short, it’s something to look forward to, it’s fast, and it’s fun.

My daily excitement for Wordle is in sharp contrast to how I feel about the emails that flood my inbox daily. That contrast made me begin to think about higher ed email marketing, especially search emails. For higher ed marketers, getting prospects’ attention is a continual challenge — one that only becomes harder as the number of emails prospects receive increases and their attention span for such emails decreases.

Wordle proves that less is more. You have a singular focus and then you’re done. How many institutions try to cram multiple content items into one email?

Search emails often suffer from a similar (lack of) strategy. Despite the uniqueness of an institution, it can be difficult to capture those qualities in an engaging email.

How many universities talk about outcomes? Affordability? Excellence? Classrooms where the professors know your names?

Even if it’s true, a prospect has heard it all before. And your message will not stand out using a traditional approach.

As my colleague Sara Wallace wrote last year, gamification in higher ed is critically important — both inside the classroom and for higher ed marketing itself.  And if we know that today’s prospects are digital natives, why does search email marketing largely look the way it did 20 years ago?

Granted, when I was applying to colleges, snail mail still reigned supreme. While those days are (mostly) over, email marketing’s innovation curve still seems to be lacking. There may be embedded videos and links these days, but there is still much room for creativity.

Which brings us back to Wordle.

As higher ed marketers continue to think of the perfect formula that will motivate prospects to open and read their emails, they should take a cue from my new favorite game.

If we know that today's prospects are digital natives, why does search marketing largely look the way it did 20 years ago?

Build a Sense of Anticipation

Wordle is a daily game. Every day at midnight, a new board appears. And once you complete that board — that’s it for the day. The set schedule adds a sense of anticipation. You know exactly what to expect and when to expect it. This is the opposite of most search emails. Even if a university sends out daily emails, most prospects don’t feel anticipation or excitement. In an inbox that could easily have emails from 10+ schools, they likely feel a sense of boredom, repetition, and loss of interest. However, part of what makes Wordle work isn’t just the set schedule but the engagement that comes with each game. Each new board provides a new opportunity to play.

Search emails can improve by further engaging their audiences — gamification is a great tool to accomplish this. Wordle is all about engagement. As a player, I choose words to guess. The actual game provides me with very little instruction, except for slight guidance as to which letters I’ve selected are correct or incorrect. Instead of talking at prospects, search emails should do the opposite, allowing the prospect to engage authentically.

As Taylordle (the Wordle spinoff) proves, there is an appetite for this type of game in other areas. A university could easily create their own version of Wordle, or another game, to help introduce the university to prospects. Words could be chosen for their relevance to the university — informing a prospect about the school while still keeping the engagement short and fun. Short is also key here. Prospects have a limited amount of time. The best games do not overstay their welcome.

My daily excitment for Wordle is in sharp contrast to how I feel about the emails that flood my inbox daily.

Another constant challenge for higher ed marketers is finding content that will engage their audience. Wordle proves that less is more. You’re trying to guess one five-letter word and have six chances. You have a singular focus and then you’re done. How many institutions try to cram multiple content items into one email? Or become so long that they lose the reader’s attention? Taking a gamification approach allows for a simplicity that will help the prospect actually remember content; instead of being overwhelmed by content.

Learning Can Be Fun

Learning doesn’t have to be dry. As Sara noted in her gamification article, multi-sensory marketing can increase comprehension by 500%. The ability to capture attention is critical. At the end of the day, Wordle is a word game. It’s educational, but it’s still captivating. Gamification can help us engage and learn simultaneously and there's an opportunity for higher ed to fully embrace this level of creativity.

Are you one of the few institutions being truly innovative with your email marketing? Tweet us at @simpscar. I love to celebrate those who are pulling away from the pack. Even though I’m not a prospect, I’d happily subscribe to those types of emails.

It’s time for higher ed to rethink its approach, especially if they want prospects to pay attention. Until then, I’ll be playing Wordle.

Marguerite is a Strategist at SimpsonScarborough. She earned her B.A. from Syracuse University, an M.Ed. in Higher Education Administration from Loyola University Chicago, and an M.A. in Integrated Marketing Communications from Emerson College. Outside of work, you can usually find her trying new restaurants and planning her next trip. Read more about her and the rest of our team here. 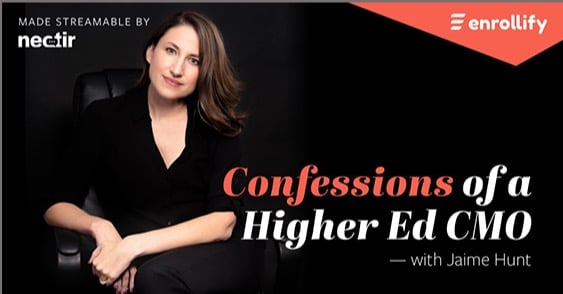 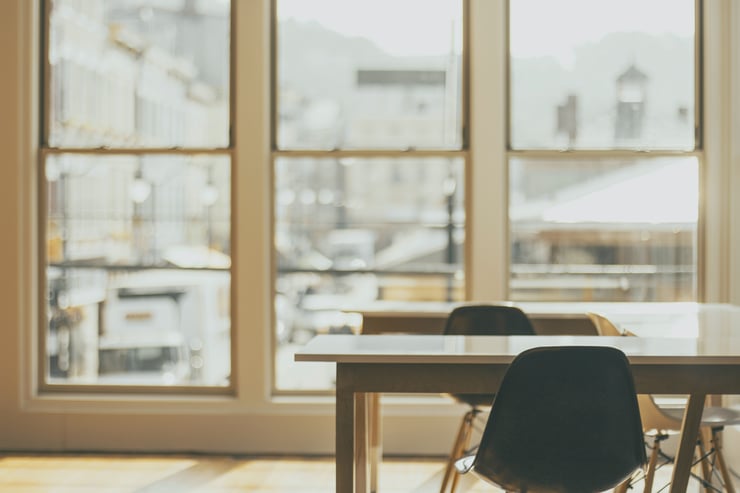 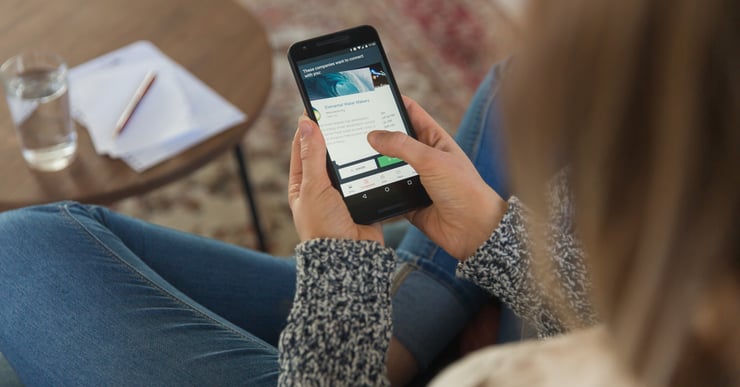 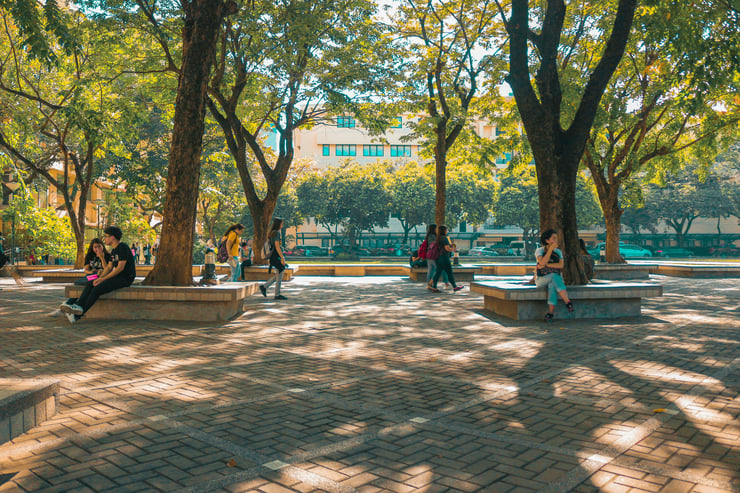 On the Other Side of Sludge: Saving Time, Money, and Brand Reputation

In November 2021, Kieran Culkin — riding on the popularity of his role in "Succession"— hosted a memorable episode on Saturday Night Live....
Thought leadership, Design